​Atlético Madrid are set to reignite their interest in Chelsea defender Marcos Alonso once the January transfer window opens.

Alonso penned a five-year contract with the Blues back in October 2018 but has since lost his place in the team, with both Emerson and César Azpilicueta seemingly ahead of him in the pecking order. 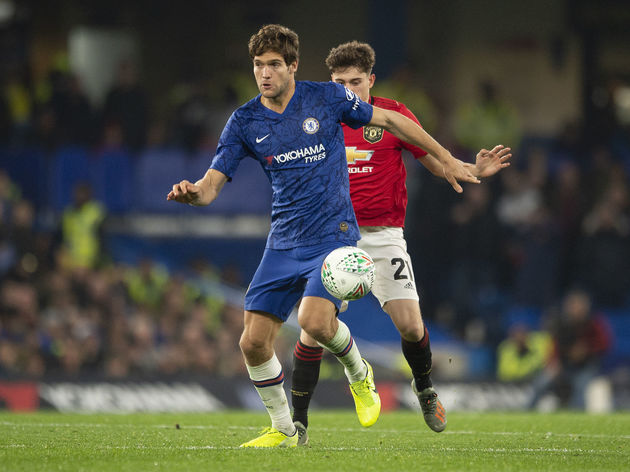 With his future at Stamford Bridge uncertain, ​El Partizado de COPE claim that ​Atlético are eager to pursue a loan deal for ​Alonso in January, with a view to a permanent move further down the line.

It is a strategy which has worked for Atlético in the past. They took striker ​Álvaro Morata on an 18-month loan back in January but opted to make the move permanent during the summer, although the deal will only be completed at the end of this season.

COPE note that Atlético want an option to buy, rather than an obligation, but whether ​Chelsea would agree to that remains to be seen. The Blues rebuffed Atlético’s advances during the summer, when they viewed Alonso as a key player of the team, but the Spaniard’s underwhelming performances have seen him lose his spot in Frank Lampard’s side.

Alonso has not made the matchday squad for Chelsea’s last five league games, with Lampard clearly not as impressed with the left-back as previous managers may have been.

Given his reduced role these days, Alonso is understood to be open to a move to Atlético, and you get the sense that Chelsea would not stand in his way if an acceptable offer arrived. 90min learned back in October that ​Lampard had lost faith in both Alonso and Emerson, and signing a new left-back is high on Chelsea’s agenda now that their transfer ban has been overturned.

​Leicester City‘s Ben Chilwell is their top priority but, given the size of such a deal, the Blues are considering several different targets.

​Inter have also been ​linked with a move for Alonso – another loan with an option to buy – so the Spaniard’s time at Stamford Bridge certainly could be coming to an end very soon.