Christmas is officially un-cancelled for Chelsea, if you hadn’t heard. They are able once again to sign players from January, after CAS found some festive cheer from deep within their stocking and ruled in favour of the Blues’ appeal against their registration ban.

Frank Lampard gets to sign players, but what do we get? An absolute avalanche of utterly nonsensical ​Chelsea transfer stories, of course!

While every other report coming to the fore on Friday focuses on largely-baseless speculation on who the Blues could bring in, the ever-trustworthy ​Sun has changed the game, with a groundbreaking report that claims as many as four mostly-out-of-favour ageing players could be leaving the club to ‘make room’ for the likes of Jadon Sancho and Ben Chilwell.

In characteristically melodramatic fashion, the newspaper has run with a headline stating as fact that the Blues are planning a ‘mass January exodus’ with ​Olivier Giroud, Marcos Alonso, Pedro and Willian all ‘set to be scrapped’ by Frank Lampard.

Of course, once we get into the actual content, there is a hilarious lack of substance or basis to anything they are claiming. The only factual information provided by the article is, in fact, the bold claim that Chelsea ‘could’ look to move the four players on, since none of them particularly look as if they have a long-term future at the club.

The article is also clearly contradicted by information which itself traces back to the Sun (which we’ve broken down ​here), claiming Giroud isn’t actually likely to leave in January due to a lack of suitors. Funny that. 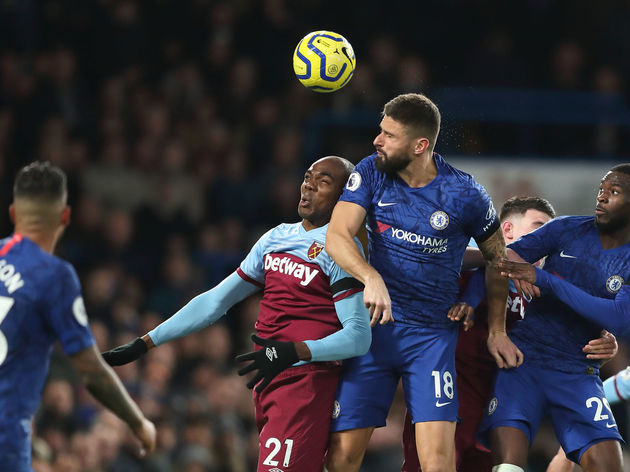 Joking aside, they are right about one thing; any of the four players feasibly could leave in January depending on who comes in. Alonso is out-of-favour as it is, and the arrival of the likes of Chilwell would surely serve as the final nail in his coffin.

Giroud currently finds himself out of favour to Tammy Abraham and Michy Batshuayi and Pedro finds himself behind Christian Pulisic, Callum Hudson-Odoi and Willian in the pecking order.

The Brazilian, meanwhile, is out of contract at the end of the season, and with no new deal thought to be incoming, a January sale to avoid losing him for free hardly looks out of the realms of possibility. Let’s wait until we have some actual information suggesting these guys are really leaving before we state it as fact next time though, lads.