​Christian Pulisic has urged his Chelsea teammates to put a tough patch of form behind them and rediscover their winning streak.

The Blues were stunned on Saturday as West Ham left Stamford Bridge with a 1-0 win courtesy of Aaron Cresswell’s strike, with the home side lacking the clinical touch up front with Olivier Giroud misfiring in place of the injured Tammy Abraham.

Chelsea remain ​hopeful Abraham – who has scored ten league goals this season – will recover in time for the game against Aston Villa on Wednesday and Pulisic says now is the right time to put their three-game winless run behind them and start stringing results together again. He said, as quoted by ​the Daily Mail: “Tough times really test your character. Things aren’t going amazing, I would say this isn’t the worst thing so we just have to go on but now luckily in this league, we get another game midweek so we get a chance to redeem ourselves.

“It was a pretty crazy game midweek [Valencia] and then coming here we really wanted a good result, we came out with a lot of energy and did some things well but we just didn’t have that finishing touch. It felt like a little something was missing.

“In the season, that is what happens, there are ups and downs. We have had a few months now where people have said how well we’ve done and how everything has been going great, and I wish it would stay like that the whole year but it’s not the case, so now a couple of tougher results and we just have to go try and turn it around.” 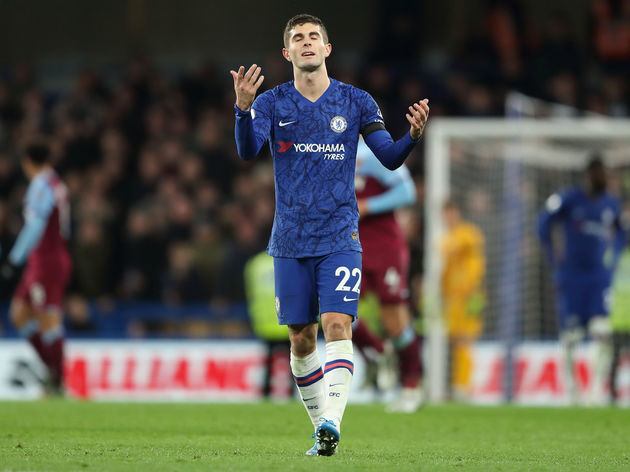 Pulisic himself has enjoyed a great run of goalscoring, netting six times in his last eight games, including a hat trick at ​Burnley, but he and his fellow ​Chelsea attackers failed to make the desired impact during the defeat to ​West Ham.