​Frank Lampard has admitted being inspired by Jose Mourinho’s ability to bond with his players and fill them with self-belief are skills he has looked to adopt since becoming a manager.

Lampard’s ​Chelsea comes up against Mourinho’s ​Tottenham on Sunday, with Mourinho’s side able to leapfrog the Blues on goal difference with a win. 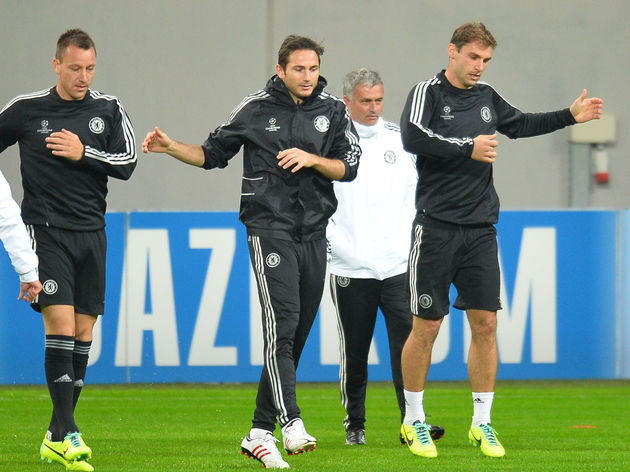 Lampard was part of the Chelsea dressing room when Mourinho arrived in 2004 and he has no doubt about the impact his former manager had on his development as a player.

“When he first came to Chelsea, he was the first manager day-to-day who made me feel very close to him, working on the mental side, giving me that confidence,” ​Lampard said.

“You form a bond. Working with the younger players now, it’s my duty to forge that same bond with them. They’re starting their journeys, their careers, and need to look up to me and the staff. I love all the young boys here.

“They’re good lads, really good players. It’s a constant. How you are with them every day. How much you want to work with them on the training ground. How much you delve into their personal lives, and how they interact with you. That’s huge.”

“He was a big influence on my career.”

Frank Lampard says he is looking forward to facing Jose Mourinho in the dugout as Chelsea face Tottenham this weekend…⚪ pic.twitter.com/widX19enIx

Lampard has given a number of academy players a chance to prove their worth, with the likes Tammy Abraham, Mason Mount, and Fikayo Tomori really coming into their own after working with Lampard.

Mourinho told Lampard during pre-season training in 2004 that he was ‘the best midfielder in the world’. and the ​Chelsea manager admits those words helped strengthen his self-belief and lay the foundations for his future successes.

“It made me feel great,” he said. “Moments like that, it becomes very easy as you get older to not jump back into the 24-year-old’s head and understand what things like that make them feel.

“When Jose said that to me, it wasn’t like I went and did step-overs all day. It was drive, drive, drive and to try to be that and win titles. So it was a really well put message, so yes, I would try to do that with players.”